Eat your Vegetables for a balanced diet

Vegetables provide significant amounts of fiber, vitamins, minerals without containing a lot of calories, making them a good way to meet your nutrient needs. Vegetables can be eaten either raw or cooked and play an important role in human nutrition, being mostly low in fat and carbohydrates. Many governments encourage their citizens to consume plenty of fruit and vegetables, five or more portions a day often being recommended. In everyday usage, a vegetable is any part of a plant that is consumed by humans as food as part of a savoury course or meal. 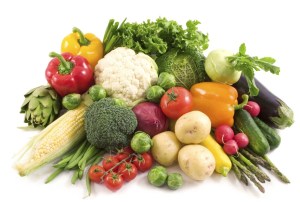 Eat raw vegetables instead of cooked vegetables, and you’ll get more of vitamins A and C. These vitamins are heat-sensitive, meaning high temperatures and longer cooking times degrade or destroy them. If you cook your vegetables in water, you’ll also lose some water-soluble vitamins, such as folate and vitamin C, because they leach out into the cooking water. For example, raw broccoli contains about three times more of an enzyme called myrosinase, which helps your body get rid of carcinogens, or cancer-causing substances, than cooked broccoli. Raw broccoli and other raw cruciferous vegetables may help lower your risk for bladder cancer, according to another study published in “Cancer Epidemiology, Biomarkers & Prevention” in April 2008.

Cooking helps soften our food so our digestive system can process it more smoothly. However, steaming, microwaving, boiling, and stir-frying have an effect on the nutrients and health-promoting compounds of certain foods. Foods such as raw fruits, vegetables, nuts, seeds, and sprouted grains are typically consumed in their most raw and natural state. 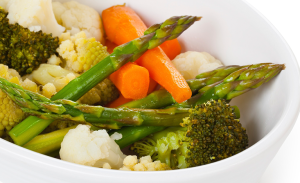 Cooking your vegetables can destroy some of the nutrients, especially if you cook them in water. You’ll lose up to 30 percent of the amount of vitamins when cooking vegetables and, if you cook them in water, up to another 20 percent of vitamins and up to 15 percent of water-soluble minerals, but for other nutrients, including vitamin A, calcium, iron and the antioxidant lycopene. The cell walls of the vegetables break down during cooking, making it easier for your body to absorb these nutrients. Also, some vegetables, such as spinach, shrink in size when cooked, so when you eat them cooked you get more nutrients from a cup of the vegetable than you would if you ate a cup of the same vegetable raw, even accounting for nutrient losses, notes the University of Florida Extension.